20% OFF on all products at our website except the deal area - Code: HAPPY20 - free shipping 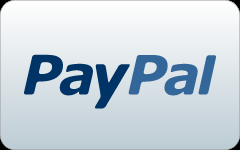 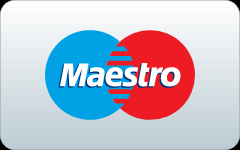 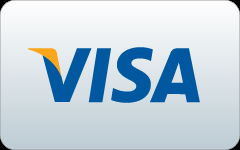 It is more of the general question of whether the Ravpower 23000 will charge a laptop that comes with a charger rated > 4.5A (Ravpower's max output from the DC port). The theoretical answer was explained in detail by Mathleter here - http://www.tomsguide.com/forum/id-2339889/external-battery-pack-output-12v-16v-19v-20v-run-msi-gs60-ghost-notebook-19v-150-watt.html (scroll down a bit, he explained it really well). I intended to try it out with my two laptops MSI GE62 (charger 19.5V/6.15A) and Asus n56jn (charger 19V/6.32A). I used the stress test software Prime95 to push the machines to very heavy load (draws a lot of power) when needed. Both laptops behave almost the same so I won't report on them separately. Here is how Ravpower 23000 behave under the following scenarios, with AC charger disconnected and RAVpower 23000 plugged in: 1) Battery is charging + Prime95 Ravpower overload triggered (indicated by blinking Ravpower) and stopped supply electricity to laptop. (Reset Ravpower by unplugging the DC Output connector, on Ravpower side, unplugging the laptop side connector will not reset Ravpower) 2) Battery is not charging + Prime95 Ravpower overload triggered (reset as described above) 3) Battery is charging + Web browsing & other light tasks Ravpower overload triggered 4) Battery is not charging + Web browsing & other light tasks Ravpower works fine supplying power to operate laptop, but not enough power to charge battery at the same time. 5) Laptop power off Ravpower works fine charging the battery. In summary, laptops come with 6-7A charger can use Ravpower 23000 when the laptop is not drawing full power, it seems like both of the MSI & Asus draw less then 4.5A when running light tasks without battery charging. The Ravpower works when: A) When battery is not charging + light tasks (no gaming) This is scenario 4 above, MS Power Manager indicates "Plug-in, not charging". I ran light tasks for 30 mins, Ravpower's % went down, laptop battery % states the same, indicating that laptop is operating on Ravpower. How can we stop the battery from charging? Either you have to go into BIOS to set it. Or in my case, I took advantage of both of my laptops use modern power management and do not charge the batteries if they are over 90% full. I plugged in the Ravpower when the laptop battery is at around 95% level, ran light tasks and the laptop battery level stated at 95% while the Ravpower % keeps dropping. B) When laptop is turned off The MSi battery was drained down to 6% (which the laptop stopped operate), and laptop was turned off. Plugged in Davpower at full 100%. The Ravpower % started to drop. After about 3 hours, Ravpower stabled at 38%, turned on laptop and laptop battery was at 100%. Ravpower used 62% capacity and charged the MSI battery from 6% to 100% in about 3 hours. In conclusion, I am happen that Ravpower gives my laptops an extra 140-150% power, although I cannot use the laptop for heavy tasks and charge it at the same time. Ravpower 23000 is economical and light weight (relatively). If you want a perfect battery pack that you can game and charge at the same time, go for Bixpower - but prepare to carry a 3+ lb power pack and pay 2.5-3 times the price of Ravpower. For now, I am sticking with my Ravpower. Hope this review clarifies the mystery of whether Ravpower 23000 works with 4.5A+ rated laptops. P.S. Both of the MSI (19.5V/6.15A)& ASUS (19V/6.32A)chargers can also be use to charge the Ravpower 23000 (factory charger 20V/2A). Tested, works great, carry one less charger around :)

Is it compatible with the surface pro 3?

Just to get to the point, but the ravpower. Here's why, most external battery companies buy there batteries from companies in china that mass produce them and customize them for the company that they are selling too, if you look at both chargers, its clear that they're the exact same but customized a little. Now taking this into account, a lot of battery company's can put false info about the mah of the battery (the capacity of it) judging from both chargers being the same, they should have the same mah. But they dont, the poweradd one has a considerably higher capacity (so they say) trust ravpower, since they advertise a lower capacity, they're most likely being honest about it. The ravpower charger is a great charger, it has a huge capacity (23000 mah sounds accurate for it) now since poweradd is most likely the same charger, im sure it would be just as great, but it's advertised as a higher capacity and therefore costs more. So overall, i would purchase the ravpower charger (23000 mah is plenty for any purpose)

Will this work with Yoga 3 pro? It said 20V output which is the same as yoga 3 pro required.

I briefly used it with a yoga 3. But I had to improvise the power tip. The power connecter on a yoga 3 is not like Thinkpad. Maybe someone else knows if they have the new yoga type power tip? I made mine by cutting up an old ThinkPad charger cable and using a ThinkPad to yoga 3/2 power tip adapter. In the end, I found the yoga 3 keyboard difficult, and there was something wrong with my screen. I returned it for a yoga 14 thinkpad. The yoga 3 was nice for kthe week I used it, but I tested this battery to charge it only once.

Can you bring this on a plane?

Since there was an incorrect answer posted recently, the 23Ah rating is for the 3.7V nominal of the battery cells, not 5V USB output. This gives us 85.1Wh (and indeed, 85Wh is what's marked on the back of the battery), which is below the 100Wh limits. As far as it goes in practice, I've flown dozens of flights, international and domestic over the past year or so with this battery without any issues.

What voltage do I set it for a macbook pro?

For my 13 inch Retina MacBook Pro and my 13 inch MacBook Air, I set it to 20v, as none of the other voltages were detected by the laptop.